There’s so much to see and do at Manuels River. From 500 million-year-old fossils to our state-of-the-art Interpretation centre, you’ll have a great time no matter what you choose to do.

Explore 650 million years of geological history as you learn about the rare fossils and the ancient geology that makes Manuels River a one of a kind destination.

Manuels River boasts a fascinating history that goes back hundreds of millions of years. 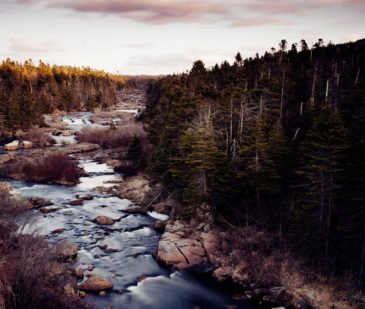 Manuels River has a rich and compelling geological history. The rocks upstream from the Manuels River Hibernia Interpretation Centre, on Canyon Trail, are igneous in origin and derived from the cooling of molten rock approximately 650 million years ago. Directly behind the Interpretation Centre, there is a large slab of granite, which formed deep under the Earth’s surface 580 million years ago.

The rocks downstream from the Manuels River bridge, on the Ocean Trail, are sedimentary, so formed in association with water. Immediately past the bridge, the beach that surrounded the Manuels River volcano is preserved as a large sheet of rock called a conglomerate. If you stand on this large slab of beige rock, you can easily see the 540 million-year-old beach rocks contained within.

Further down the Ocean Trail, the rocks on the river are formed from mud which accumulated on the sea floor approximately 500 million years ago. These layers of mud have compressed over time to form thin sheets of dark stone called shale. These black and grey shales are very soft and have eroded away by water activity over the past 10,000 years to form a deep river valley downstream. 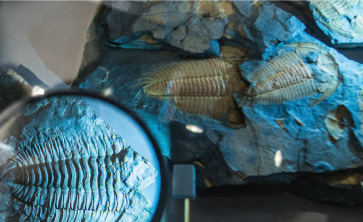 There are two fossil localities on Manuels River, one on Ocean Trail East and one on Ocean Trail West. Both are host to a diverse array of well-preserved fossil organisms, including brachiopods, hyoliths, mollusks and — most importantly — trilobites. These trilobites possessed an external shell, much like the crabs and lobsters of today. These ancient trilobites would have regularly shed their shells to produce larger ones; one of the reasons why we have so many amazing fossils preserved at Manuels River.

Take a stroll along the Manuel River and take in a rich variety of plant and animal life. 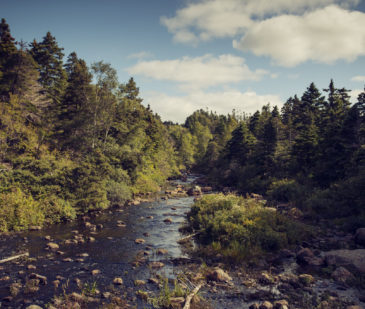 Manuels River is host to a number of different ecological habitats. These include the river itself, riparian wetlands along the riverbanks, boreal forest both upstream and downstream, bogs and fens in the downstream wetlands, and at the end of Manuels River, a beautiful beach environment.

Each of these habitats is host to a wide variety of plants. The boreal forest is found both up- and downstream and is home to a number of different tree types, including both evergreens (spruce, fir) deciduous trees (pin cherry, alder, birch). The riparian zone is host to many different types of grasses, reeds and small plants that includes edible wild mint. Moisture-loving plants such as mosses, carnivorous sundew plants, and numerous orchids are inhabitants of the downstream wetlands. 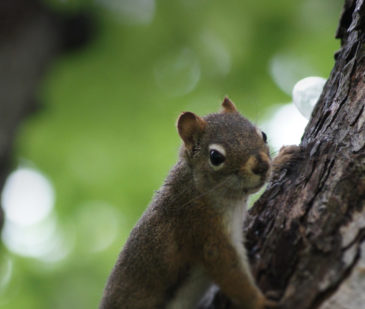 Many animals also inhabit the Manuels River valley. Several different kinds of fish are found in the river waters, including brook and brown trout, American eels and sticklebacks. Birds are frequently seen in the air above Manuels River, including juncos, warblers, kingfishers, woodpeckers, ospreys and even bald eagles. The river valley is also home to many land animals, including squirrels and chipmunks, snowshoe hares, American mink, and the occasional moose.